The Truth About Why Your Brain Drives Your Behavior and Addiction 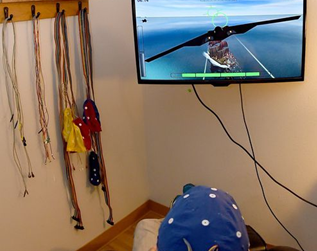 Richard 38, had gone to twelve addiction treatment programs and failed every one of them. He really wanted to quit. He went to AA but was so impulsive he was unable to stop himself from drinking. When he had his brainwaves analyzed using Quantitative Electroencephalography (qEEG) it revealed abnormal activity in an area called the prefrontal cortex, which is involved in impulse control.

The qEEG analysis of his electrical patterns in the brain (neurophysiology) was compared to a normative neurological database based on age and gender resulting in a personalized “Brain map.” This showed where the brain was having trouble communicating and functioning properly.

For Richard, the abnormal activity in the prefrontal cortex, or the part of the brain where the brakes, or pause button (the inhibitory functions) are applied wasn’t working for his decision making. This made it impossible for him to stop engaging in risky or unhealthy activities.

After seeing his brain, Richard remembered he had blacked out after a bad fall in a skateboard accident in high school and in college he had whiplash from a car accident. Because of this, the part of his brain that was supposed to keep his behavior in check wasn’t functioning optimally. The underlying problem in his brain’s prefrontal cortex was the primary reason Richard couldn’t get any real benefit from a recovery program.

Only through harnessing the power of neuroplasticity by utilizing different neuromodulation techniques did his brain learn to self-regulate, rewire and reconnect. In Richard’s case after repetitive 19 Channel Neurofeedback and TMS treatment for Resistant Depression, the brain began to respond and the cognitive function improved. Richard could successfully engage in talk therapy and he finally became sober and stopped drinking.

Addiction is a chronic brain disorder and not simply a behavior problem involving alcohol, drugs, gambling or sex, experts contend in a new definition of addiction. There is also evidence that brain injury can increase drug or alcohol use in people that had no histories of significant substance use prior to the injury.

Brain mapping reveals how toxic exposure from drugs and alcohol negatively impact the brain and how it plays a vital role in your ability to live your best life.

“At its core, addiction isn’t just a social problem or a moral problem or a criminal problem. It’s a brain problem whose behaviors manifest in all these other areas,” said Dr. Michael Miller, past president of ASAM who oversaw the development of the new definition. “Many behaviors driven by addiction are real problems. But the disease is about brains, not drugs. It’s about underlying neurology, not outward actions.”

The brain is your supercomputer, it is involved in everything you do. Moreover, it plays a central role in your vulnerability to addiction and your ability to recover and maintain sobriety. When your brain works right, your life works right; and when your brain is in trouble, you are much more likely to have trouble in your life.

Have trouble with impulse control.
This can be seen on brain mapping as abnormal activity in the prefrontal cortex, this effects;

When the prefrontal cortex does not have enough blood flow or the proper electrical patterns, people are easily distracted, bored, inattentive and impulsive. This is seen in conjunction with ADD/ADHD.

Anxious Addicts
Tend to predict the worst and may be excessively isolating and easily upset. On the brain map we see this as too much activity in the basal ganglia. People with this kind of problem use alcohol, marijuana, painkillers, sleeping pills or food to medicate underlying feelings of:

Temporal Lobe Addicts
Often have head injury in their history. Brain Map findings show decreased activity in the temporal lobes, although sometimes we also see excessive increased activity. Their problems include mood and learning issues like:

The good news is that 21st century neuroscience has the advanced technology to help correct the problems that are driving the unwanted behaviors. Two decades of advancements in neuroscience convinced ASAM officials that addiction should be redefined by what’s going on in the brain. Brain circuitry governs impulse control and judgment and is altered in the brains of addicts, resulting in the nonsensical pursuit of “rewards,” such as alcohol and other drugs.

As the brain learns to self-regulate and make new connections, the behavioral symptoms and side effects of addiction and mental health issues such as addiction, depression, anxiety, and PTSD are improved or remediated.

By collecting data with highly specialized software that measures brain activity, we can examine the structure, function and physiology of the brain to create personalized protocols that restore the brain to normal functioning, even years after an injury occurs.

All information from ASAM gathered from http://www.nbcnews.com/id/44147493/ns/health-addictions/t/addiction-now-defined-brain-disorder-not-behavior-issue/#.XiZ1uy2ZNN0